"A Year From Now You'll Wish You Started TODAY"

I tend to procrastinate.  I don't procrastinate with everything, but with many things.  I put off weeding the gardens.  I put off housework.  I put off exercise.  I even put off writing this blog.  I've had it in my head for a week but I'm just sitting down to write it on Sunday so it will post on Monday.  I'm always ready to drop everything if an opportunity for fun or relaxation comes along or if someone needs my help.

Well, that sign has inspired me.  For example, before our vacation I should have weeded the gardens... a job I'm not fond of.  Of course I never seemed to "find time" to do it.  So when we got back from vacation the gardens were over run with weeds.  I spent Friday weeding the vegetable garden.  I spent Saturday weeding the front flower garden and part of the back flower garden.  You know what... weeding isn't bad.  It was kind of fun getting out there and getting my hands in the dirt...AND it was great exercise.  I actually enjoyed it.  And seeing the results - beautiful gardens - was just the icing on the cake.  I even meditated while I was weeding.  I found out that you can get everything done and have fun doing it.

Now understand that having fun and getting some relaxation is not a bad thing.  They're good and necessary things.  But work and exercise are also good and necessary things.  The older and hopefully wiser I get, the more I realize that it's all about balance and harmony.  We need to balance our work with play, solitary time with time with friends and family, giving and receiving.  Balance!  Harmony!

I've made a decision for my life.  I'm going to stop procrastinating and start doing, so a year from now I'll be able to say, "I'm glad I started TODAY"

The following is something I read on line.  I think I've touched on all of these things in one way or another in various blogs.  But John Tesh put them so concisely and beautifully, that I wanted to share them with all of you.  I think they're words to live by.  Enjoy!

Life Is So Good!

My life is so good!  It's interesting, fun and exciting to see what wonderful surprises and opportunities each day is going to present.  The trick is to pay attention so that you don't miss the "gifts" that come your way.

Let me tell you about just one recent day in my life.  A friend of mine was in a bind and asked me if I could cover her store for her for a couple of hours.  It wasn't in my "plan", but I knew she needed help so I said okay.  She felt like I was doing her a favor.  In reality, she did me a favor.  I met some interesting people and had some wonderful conversations.  I may even have another Reiki client because of her.  After I closed the store, I went to visit a hospice patient.  She was a beautiful elderly lady who is actively dying.  An aide told me that she like the song "You Are My Sunshine".  I visited, talked to her, sang "You Are My Sunshine", prayed with her, held her hand and she responded.  She opened her eyes. She squeezed my hand.  She moved her mouth like she was trying to speak.  It was heartwarming, touching, special.  As I was leaving the nursing home, I ran into some people that I knew several years ago.  Two of them were now residence of the nursing home.  We talked and I gave one of them a neck and back massage.  It was a perfect day filled with many gifts for me. 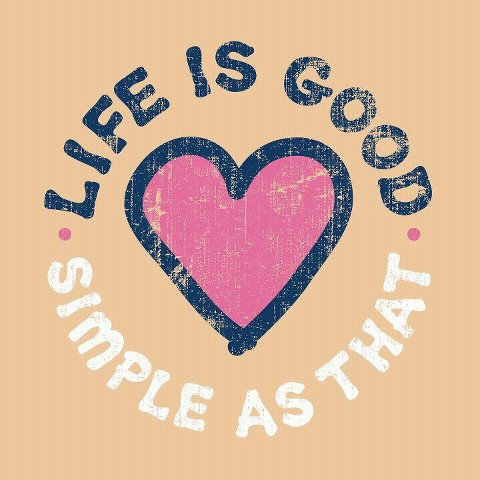 As I mentioned in last week's blog, I had this amazing Reiki client.  I learned so much from her.  She was a wonderful gift.  Last week my family was over to celebrate my husband's birthday.  Time spent with any or all of my family is always a gift.  We're taking a quick trip to visit my youngest son.  We weren't sure if that was going to happen this year.  That is a special gift.

My point is, LIFE IS AMAZING!!!   Pay attention.  Watch how it unfolds.  Be flexible.  You may think your day should go in a certain direction.  Then something comes up to change things.  Go with it.  That's usually where the surprise gifts are hiding.

As I've mentioned several times before, I'm a Reiki Master Teacher.  This means I can administer Reiki treatments.  I can also teach Reiki to others.

I recently had a Reiki client who reminded me about taking responsibility for my OWN health.  The ironic thing is she came to me for help - which hopefully happened - but she has no idea how much she  helped me.  This client gave me permission to share her story.  I will not use her real name though.  I'll call her Mary.

Mary called me one day asking for a Reiki appointment.  I didn't know her so I asked how she got my name.  She told me the name of the person that told her about me.  I didn't know that person either.  I don't really have a "business", you see.  I don't advertise either.  I could go six months or longer without a client.  I feel that if people are supposed to find me, they will.  In the mean time I keep my skills "honed" by volunteering to do Reiki for hospice patients.

Mary and I set up an appointment.  When she got here I found out that she had undergone a double mastectomy.  She is going to have reconstructive surgery so she has expanders implanted in preparation for the surgery.  Her body seems to be rejecting the expanders.  That's why she came to me.

I'm not a medium, but sometimes when I do Reiki I "get" information.  Mary's outer appearance suggests that she's a calm, collected, together individual, but what I "got"was that she had anger issues that were causing her illness.  She immediately understood and started telling me what she was angry about.  We discussed ways to deal with and get rid of the anger.  We then made another appointment for a couple days later.

When she came back, she told me all the work she did to get rid of the anger for that one issue.  Then a different issue popped up.  I told her to continue working with the anger in the same way if that worked for her.  I also gave her other methods to work with if she wanted to try something different.  We then did the Reiki to support the other work that was going on.  Before she left, we set up one more appointment. When she came back a few days later, she told me how she dealt with that and two more issues that came up between the appointments.  This woman is amazing!  She HEARD what I was saying.  She understood.  She didn't make excuses.  She didn't put the blame on anyone or anything else.  She didn't get upset with me for suggesting that maybe she had something to do with her health issues.  This is a person who is willing to take responsibility for her health.  This is a woman who will heal.  She's getting to the very root of the problem and healing that, so that everything else will follow suit.  SHE IS MY HERO!

Now it's my turn.  I have high cholesterol and I refuse to take statin drugs for it.  First of all, it may help lessen cholesterol, but it has SO MANY side effects - some of which seem worse than the high cholesterol.  Second of all, to me it's like putting a band-aid on a broken leg.  It's treating the symptoms not the cause of the illness.  So I'm working on changing my diet.  I'm working on exercising more frequently.  I'm taking natural supplements.  And I'm trying to get an understanding of any underlying causes.  Mary has been an outstanding example for me.  I hope her story can be a good example for all of you too.