Most people will make New Year's Resolutions.  I used to do that, but I stopped many years ago.  I never seemed to be able to keep them.  Then I'd feel bad about myself.  I don't think that's the intention of making resolutions, so I just stopped doing it.  One of my all time favorite quotes is from "Star Wars".  Yoda said, "Do or do not.  There is no try."  So I can't even say I'll TRY to do something.

One of my Facebook friends posted an idea that I think I can actually do.  Start by getting a jar.  All year when something good, nice or special happens, write it down and put it in the jar.  Next New Year's Eve, open the jar and read about all the wonderful things that occurred during the year.

Isn't that a great idea?  Wouldn't that be a fabulous way to end one year and begin the next?  On New Year's Eve, by reading the notes from your jar, you'll be reflecting only on the positive, feel good things  that happened during the year.  You can then take those positive, good feelings into the new year.  I can't imagine a better plan.  So that's what I'm doing this year.

However you decide to celebrate, I wish you a prosperous, abundant, FABULOUS 2013.  Happy New Year!!!

It's Christmas Eve with all the wonder and magic that it brings.  If you have young children or grandchildren, it's so much fun to experience this special time of year through their eyes.  It helps you to remember what it was like when you were little and there was so much anticipation.  There were special treats, company, decorations, dinners, TV specials, movies, vacation from school, and SANTA!!!  Oh that wonderful, wonderful man! I'm so fortunate that two of my three children live in the area and they happen to be the parents of my grandchildren.  I get to experience Christmas through their eyes.  It's special... magical.  I don't know what I would do without my wonderful family.

But there are people out there that don't have any family.  Let's try to remember them while we're busy with all our festivities.  Reach out with visits, phone calls and prayers.  Just being remembered is the best gift they could ever receive.  There are many charitable organizations that do this work.  If you can't get involved personally, maybe you could consider donating to one of those organizations.  It will make you feel good and make someone else's holiday a little brighter.

However you choose to celebrate, I wish you magic and wonder this holiday season.

Happy Anniversary to me!  It's been ONE WHOLE YEAR since I started this blog.  I can't believe it.  I was very timid about starting it.  But my son Joe encouraged me to do it without worrying about the outcome.  Just start.  Just do it.  So I did, not knowing where I was going.  What would I write about?  Who would care?  Who would read it?

It's been an interesting experience for me.  I found that writing a blog is therapeutic.  It helps me work through my thoughts, ideas, and problems.  And it doesn't matter if anyone reads it, it's still therapeutic for ME.  But hopefully, it helps the people that do read it.  They can either identify with what I write because they've been through the same things or had the same thoughts.  They know that they're not alone.  Others may learn from my mistakes so they don't have to make their own.  Or maybe it's just entertainment... like reading a short story.

I need to remind myself - and therefore all of you - about holding onto my personal power. I know that no one can hurt me by the things they say and do (or don't say and don't do), unless I give them the power to do that. But it's not always easy. When someone close to you says or does hurtful things, it's not always easy to stay centered. We're human after all and sometimes you just feel hurt and have to work your way through it.

There's also the issue of not being a doormat. If you work your way through the hurt, do you just move on and act like nothing happened? Do you wait for an apology? Do you just avoid that person until you feel in a better space? Or do you initiate discussion and try to work things out?

I guess the answer is as individual as the people and the situation involved. It depends on how important the person is to you. But the most important thing is how does it make YOU feel? If you're upset, angry, or hurt, you don't want to hold those feelings inside of you. They will only make you sick and really not hurt the other person (or people) involved at all. So I would say that in most cases, it's probably best to let the person(s) know that they hurt or upset you and why. Hopefully you can have a calm exchange and things can be resolved. If not, at least you've had the opportunity to get things off your chest so that you're not holding things in and compromising your own health. 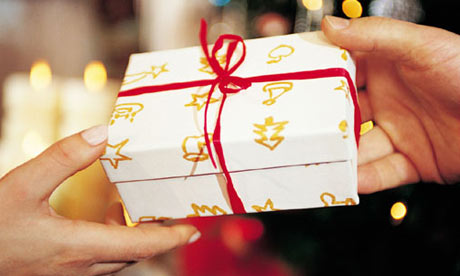 I love this time of year. There is a lot to do, but it's so much fun. There's all that anticipation. The things that need to get done are labors of love.

Take a step back and think about why you are doing the things you are doing in preparation for the holidays. Are you filled with love and joy? Or do you feel obligation and drudgery? If it's the love and joy, you're in the right space... continue. If it's the obligation and drudgery, you may want to rethink what you're doing and maybe make some changes. If your friends and family love you, they won't want you to be overwhelmed with preparations. They'll be just as happy with a smaller, easier meal and/or fewer, less expensive gifts if that would make your holidays less stressful. Trust their love. Trust that they want your happiness as much as you want theirs.

I believe that if we took a poll, we'd discover that what's important to most people is just being together with family and friends and being surrounded by love.