Has anyone out there found themselves reconnecting with long lost family or friends recently?  I'd be interested to know if it's something that's happening to everyone at this particular time or just me.  I've had several reconnections recently.  Here's my story:

I have two cousins named Dave;  one from my dad's side of the family, and one from my mom's side of the family.  I (and most of my extended family) had lost touch with both of them.  One of them I probably hadn't seen, heard from or heard about in almost 50 years.  The other one I hadn't been in touch with in 30 to 35 years.   It's been amazing that in the last year, through interesting circumstances, I've had the opportunity to reconnect with both of them.

The Dave from my dad's side of the family sent flowers when my brother passed away.  I don't even know how he found out since he has lived in another state for a V-E-R-Y long time.  The funeral director gave me his address so I could send him a thank you card.  We've been keeping in touch ever since.  I'm enjoying getting to know him again.  He's got a great sense of humor.

I very recently reconnected with the Dave from my mom's side of the family.  When I was visiting my son in LA, we were watching that reality show about the pawn shop in Los Vegas.  While watching, someone came in with a bullet from WWII that was made into something... I can't remember what.  It reminded me that I was in possession of a WWII bullet that was made into a lighter by one of my uncles.  When he returned from the war, he gave that bullet lighter to my parents.  My mom gave it to me about 30 years ago.  While watching the "pawn" show it occurred to me that my cousin might like this lighter since his dad made it.  I got his number from our mutual aunt and called him.  He was thrilled to get that artifact and we are now reconnected.

Also within this last year, I have reconnected with the two girls - women - that I used to babysit from 1962 through 1968.  How wonderful to find them again and see what amazing women they've become.
I'm enjoying getting to know them as adults.  We've become friends.

I don't know what, if anything, will come from these reconnections.  I don't know if it means anything. I don't know how long it will last.  But for right now I'm loving the fact that my family has expanded to include these wonderful people.

If you have the opportunity to reconnect with long lost family or friends, DO IT.  I guarantee that it will  enrich your life.

Back on June 1st of this year I wrote a blog called "Responsibility".  This blog was about taking responsibility for your own health by being aware of your thoughts, words, actions, feelings, nutrition and so on.  I still believe in and stand by that, but I'd like to add to it.

The fact of the matter is that we're all going to die.  ALL of us, whether we take care of ourselves or not, are going to die from something:  Heart attack, cancer, other serious illness. auto accident, or maybe just go to sleep and not wake up.  Everyone will leave their body behind at some point, no matter what.

Westerners seem to have a negative attitude about death and dying  There's a fear of the unknown.  It's kind of sad because sometimes that fear causes people to "hang on" longer and have to endure more pain than is necessary.  Native Americans and some other cultures seemed to KNOW that their loved ones were just moving on.  They would "pack" things - such as food, drink, money and so forth - to help them on their journey.

I read a channel that posts once a month called "Beacons of Light".  The beings that are channelled are referred to as "The Group".  They talk about Home which I suppose could be interchanged with the word Heaven. The Group says that as we are celebrating a birth here on earth, they are sad because a soul is leaving Home to incarnate on earth.  But when we are mourning a death here on earth, they are celebrating because a soul is coming Home.

This may be a difficult concept to grasp, but I ask you to just consider it.  Things certainly won't change over night, but maybe we can start heading in that direction.  I believe it would be healthier for those that are crossing over AND for those left behind.

I frequently quip that I have a "lunch ministry".  I get together with friends, acquaintances, family and sometimes possible future friends and/or clients while having lunch.  It's a good way to keep in touch if it's friends, family or acquaintances.  In a relaxed and non threatening atmosphere, people are more likely to talk about things that are bothering them or concerning to them.  Sometimes I just have to listen.  They need to get it out.  Sometimes they're looking for guidance, insight, or opinions.

The other night I was out dancing while my husband was singing.  I spent time talking to everyone - people I knew AND people I didn't know.  I invited everyone to come out on the floor and dance.  I wanted everyone to have fun and feel comfortable.  When the evening was over I thought - half kiddingly, "This is my dancing ministry."

NOW I was curious.  What exactly does "ministry" mean?  Besides the obvious definition of having to do with a religious calling, The Free Dictionary says it's "The act of serving.  To attend to the wants and needs of others."  The Merriam-Webster Dictionary says, "A person or thing through which something is accomplished.  To give aid or service."  So my lunches and dancing can actually be considered ministries.

It occurs to me that we can all make anything and everything we do a ministry.  From the smallest comment to the grandest gesture, our words and actions can be considered a ministry if it "serves, aids or is of service" to someone.  In some way or another I guess we're all ministers.  If we can remember that and consciously act accordingly, our lives and the lives of everyone we come in contact with can change for the better forever. 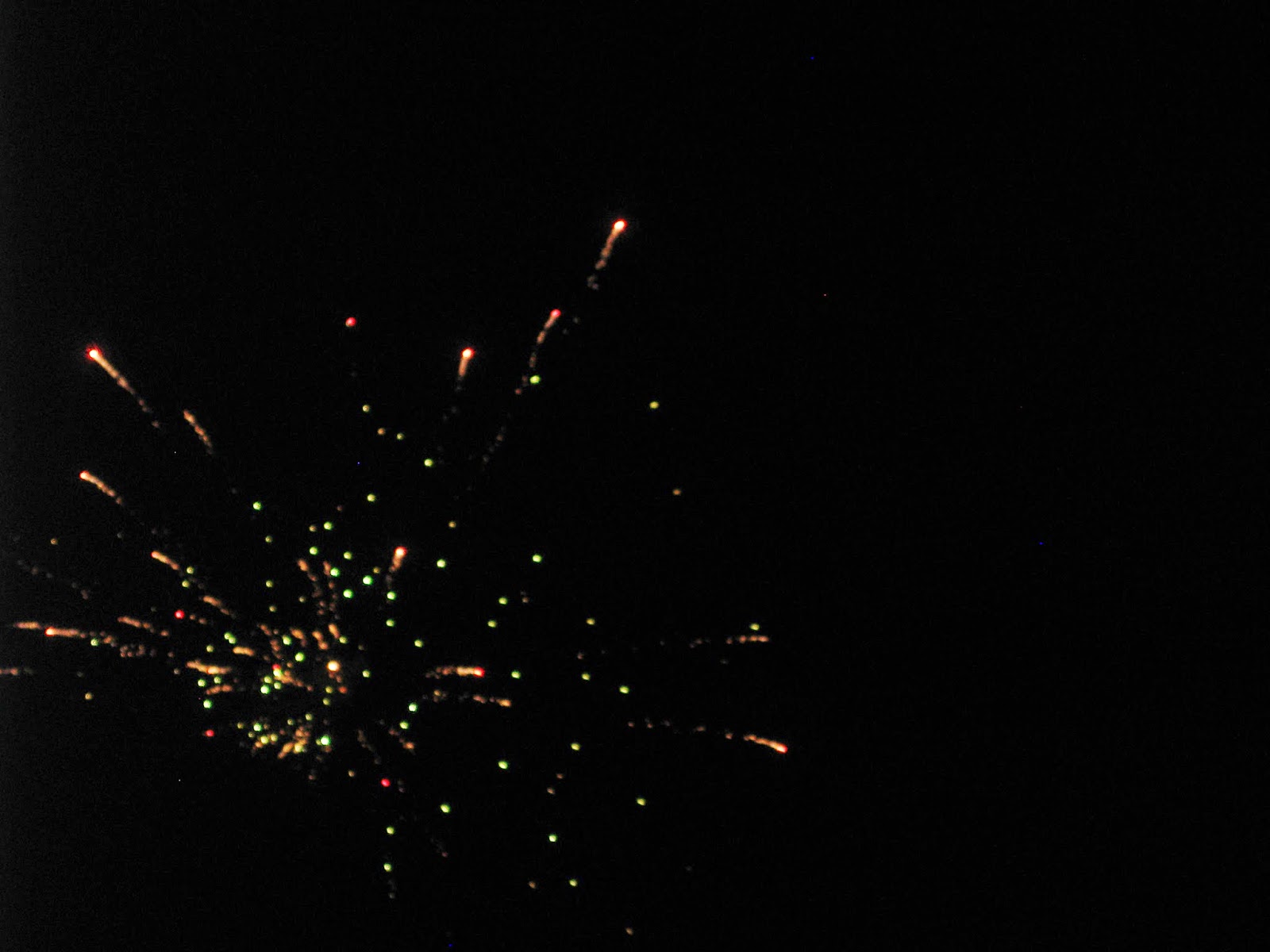 We recently celebrated the 4th Of July Holiday (Independence Day).  It's quite a day of honoring our forefathers who fought for America to be a free and independent nation.  There are picnics, parades, boating, swimming, and all kinds of gatherings with friends and family.  To top off a wonderful day are fireworks.  LOTS and LOTS of fireworks.  They light up the skies from coast to coast and they're fantastic!!!

This year after boating, taking a walk and having a picnic, my husband, son and I watched neighborhood fireworks for almost two hours.  From my front lawn we could see five different places that were setting off fireworks relatively close by.  To me, it was magical. 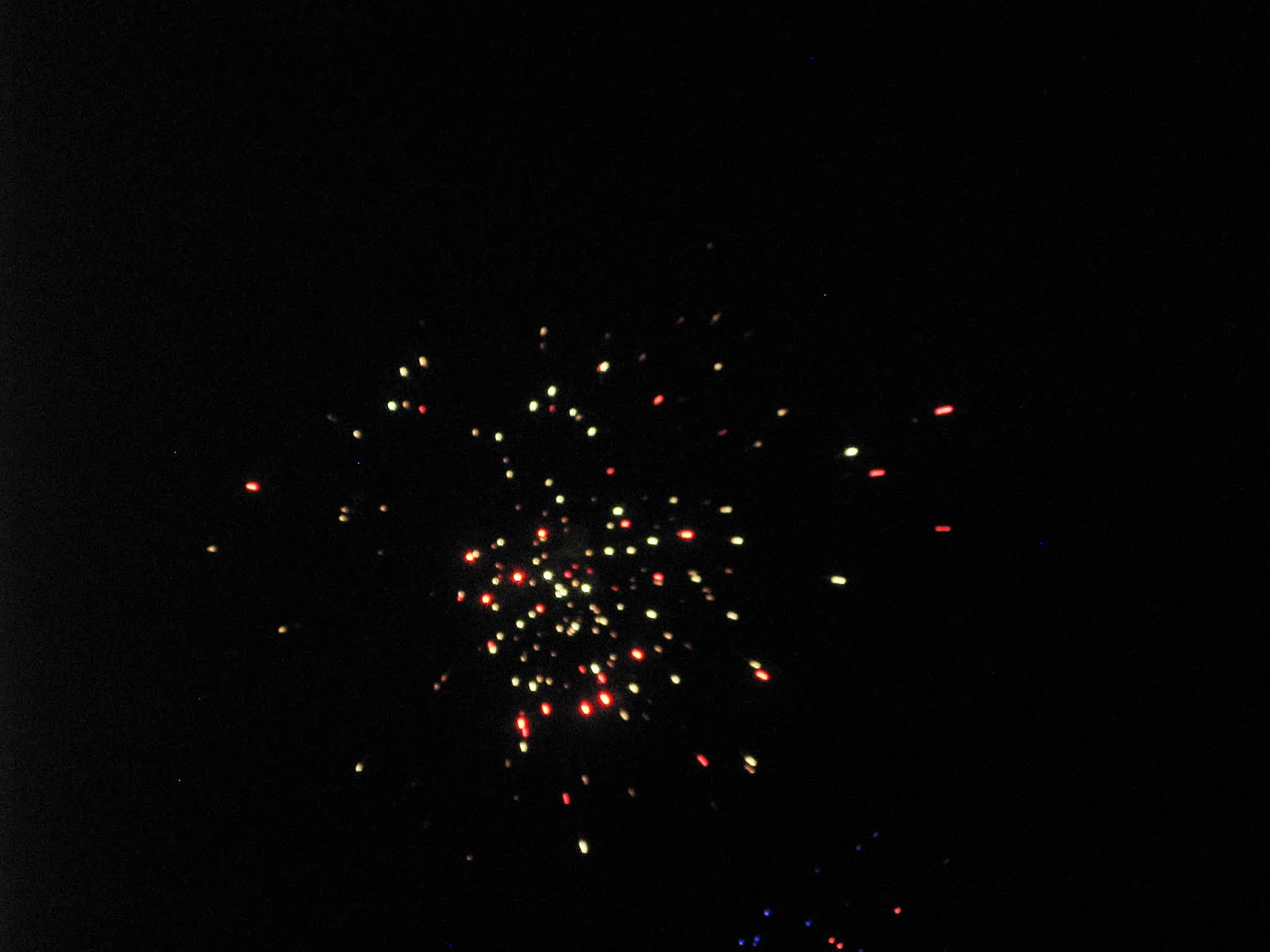 When it was over and my son left, my husband and I sat and talked for awhile.  He commented that fireworks  were okay, but they weren't a big deal for him.  "Friends" on facebook were commenting, "Enough already.  It's after 10:00."  I couldn't believe it.  I guess I just assumed that everyone was as excited and impressed with the whole thing as I was.  I could have watched for another two hours.

When I was growing up, holidays were always fun, exciting, magical.  I guess that part of me just never really grew up.  I hope it never does.