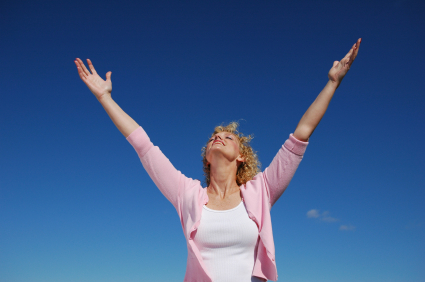 Back on June 1st of this year I wrote a blog called "Responsibility".  This blog was about taking responsibility for your own health by being aware of your thoughts, words, actions, feelings, nutrition and so on.  I still believe in and stand by that, but I'd like to add to it.

The fact of the matter is that we're all going to die.  ALL of us, whether we take care of ourselves or not, are going to die from something:  Heart attack, cancer, other serious illness. auto accident, or maybe just go to sleep and not wake up.  Everyone will leave their body behind at some point, no matter what.

Westerners seem to have a negative attitude about death and dying  There's a fear of the unknown.  It's kind of sad because sometimes that fear causes people to "hang on" longer and have to endure more pain than is necessary.  Native Americans and some other cultures seemed to KNOW that their loved ones were just moving on.  They would "pack" things - such as food, drink, money and so forth - to help them on their journey.

I read a channel that posts once a month called "Beacons of Light".  The beings that are channelled are referred to as "The Group".  They talk about Home which I suppose could be interchanged with the word Heaven. The Group says that as we are celebrating a birth here on earth, they are sad because a soul is leaving Home to incarnate on earth.  But when we are mourning a death here on earth, they are celebrating because a soul is coming Home.

This may be a difficult concept to grasp, but I ask you to just consider it.  Things certainly won't change over night, but maybe we can start heading in that direction.  I believe it would be healthier for those that are crossing over AND for those left behind.